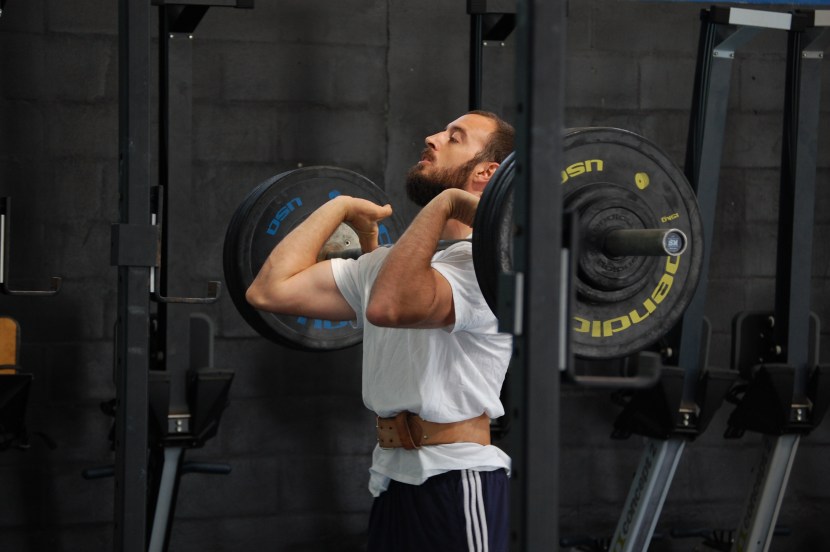 We often make jokes about weightlifters being fundamentally lazy, but there’s more than one reason why you’ll see a training hall full of lifters sitting on their asses. This article could really apply to any sport, not just weightlifting, but since my bias is clearly obvious, guess what you’re going to read about!

So, let’s talk about that lazy thing first. Think about weightlifting: our goal in competition is to make one lift at a time at the heaviest weight possible, at the lightest bodyweight possible (within our respective weight classes), with the least amount of effort possible. The argument can be made that we develop a high level of efficiency in terms of power output and usage from a place of fundamental laziness. Either way, wasting energy is our enemy as weightlifters.

But are we truly lazy? Not even close. Are we lazy between sets and training days? That’s a solid “probably”. The best way that I can describe training as a weightlifter is having moderate periods of rest and recovery that are punctuated with bursts of maximal effort and undivided concentration. (NOTE: “maximal effort” in this context does NOT mean “maxing out” the lifts). So what does all this have to do with discipline? Everything. Here are 5 major areas that I think we could do with a little of the D word:

1) Between sets
Taking a break is OK! In fact, I strongly suggest sitting or at least staying put between sets. Sitting between sets helps with a few things like letting your heart rate come down, calming the mind after a tough set, and it also lets you chat or cheer on your fellow lifters. It’s also a great time to practice something called visualization — visualizing the next lift, or set of lifts, so that the body will follow what the mind has set to do. This is where that whole “maximal mental effort” comes into play. Don’t get me wrong, I love intensity when we’re getting after it in training, but standing over a barbell and pacing back and forth on the platform doesn’t do it for everyone. The bar isn’t going to go anywhere. It will all be okay.

2) Prescribed loading, reps, and sets
I’ll be the first to say that even though we have a training program outlined for a few (or many) weeks, it’s an outline. Things are guaranteed to change — It’s up to us as coaches to recognize that some things just aren’t going to happen on a particular day because of stress, lack of sleep, and over 9000 other factors that could effect a lifter. However, there are particular phases of a training program where certain sets and reps should be followed as best as possible. Loading is always the variable. On the flip side, there are times where it might turn into an impromptu heavy single day because we’re looking and feeling good, but if you’re near a competition, forget about it.

It’s tough to work on and focus on multiple aspects of training at the same time. Please don’t cherry pick from CrossFit.com workouts, CF Endurance, Outlaw, Smolov and some “Bulgarian” inspired thing all at once. Jumping from program to program when it’s convenient or fun isn’t a training program at all. Again, it all depends on your personal goals. If you’re just looking to be generally fit, things like “Muscle Confusion” could be right up your alley. But as weightlifters, we try to minimize confusion.

4) Rest days
I know you can think of at least one person that thinks a “rest day” consists of things like running a 5k, rowing a 10k, or a swimming workout. More isn’t always better! When I say take a rest day, I mean sit your ass at home and don’t even touch your gym clothes — not “suit up and go do something active”. Believe me, I get it, we all LOVE training, but you have to remember that resting and recovery is part of training too. Your body needs time to rebuild itself; just because you don’t feel tired, doesn’t mean that you aren’t tired. Since weightlifting is such a technical motor skill, the movements are quick to break down at the slightest onset of excessive physical or mental fatigue (which is relative to the individual). Want to stretch? Cool. Foam roll? Go for it. Anything that involves strenuous activity? Nope, doesn’t sound like rest to me.

5) Competition phases
Ah, competition phase. This is probably the most exciting and most frustrating couple of weeks that will ever exist. This is when we begin to taper training to prep for going after those big weights that we all salivate over. This period can usually last anywhere from 4 weeks to as many as 12 weeks and is peppered with heavy singles, squat doubles and testing competition openers. The lifter must understand that competition day is what it all that hard work comes down to. Not the day before, not the day after. While you might be feeling good the week of (and let me add that’s the whole point of tapering your training in the first place), using your new found energy to attempt a max [insert lift here] a few days before your competition would not be the wisest decision. Instagram lifts don’t count as official results. Save it for the platform!