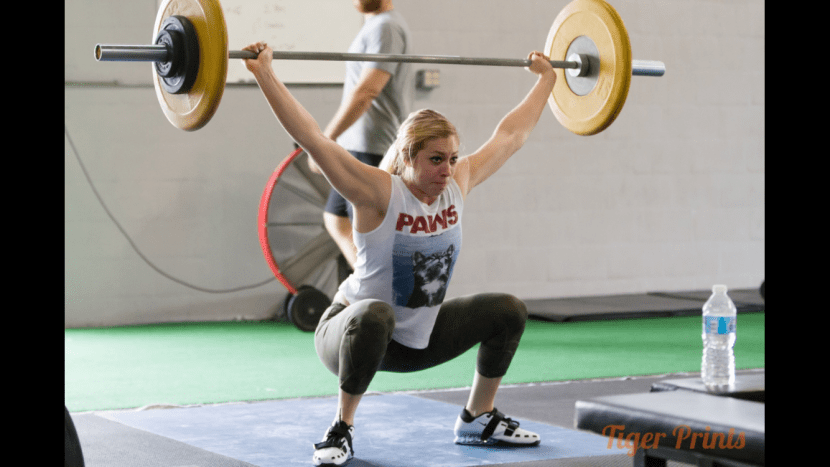 This is an article that I have been writing and revising over the past couple of weeks, but now on the heels of this recent article on the current Bulgarian National team, a lot of people have been asking me about what I think about it, so I figured I might as well hash this one out.

Most people who have spent any time in the weightlifting community have probably been exposed to the “Bulgarian Training Method” in some form or fashion. It comes up at almost every USA Weightlifting certification I’ve been at and I’ve heard plenty of gyms romanticize this style of training for their general client base. That’s all well and good, but there seems to be a fundamental misunderstanding on how this method works and who it should be applied to.

What is the Bulgarian method?

For those that do not know, the Bulgarians developed a particular and controversial training program during their Olympic medal race against the Russians in the 1970s. The Russians were dominating the medal count and as a response, Bulgaria had to do something radical to put their weightlifters on the map.

At the time, Ivan Abadjiev was the head national coach who helped develop and implement the program to the current national team. The program was based heavily on the S.A.I.D. Principle (Specific Adaptation to Imposed Demands) — a physiological concept that states the human body will adapt physically and neurologically to a specific repeated stress.

Since the goal of Weightlifting (as a sport) is to snatch and clean & jerk the maximum amount of weight possible, the Bulgarians applied the S.A.I.D. Principle to this effect. They believed that in order to train your body to lift maximal weight, you must lift maximal weight repeatedly and frequently. Also, any exercise outside of the snatch and clean & jerk were not seen as necessary to the elite weightlifter and could disrupt the development that was occurring.

These elite weightlifters would work up to a daily maximum in the snatch and clean & jerk twice, sometimes three times per day and auxiliary exercises such as pulls, deadlifts, presses, etc were omitted. Even though all signs from any sport science discipline point to some form of periodization with both volume and intensity (intensity = loading, not the HIIT kind of “intensity”), this was more or less thrown out the window in favor of high volume, high intensity/loading, and high frequency – something that, in my opinion, is both unsustainable and detrimental to the average (or even highly above average) drug-free human being.

My experience with the Bulgarian Method

A few years ago, I had the opportunity to travel to Danville, California to train at the Eleiko Weightlifting Academy. The training hall was run by Ivan Abadjiev and Alex Krychev. Krychev is one of Abadjiev’s former athletes, an Olympic silver medalist, and the former assistant national coach for Bulgaria during the height of this program’s implementation. At the time, I had been specifically weightlifting for around three years and was largely self-taught, though I did have a coach that I worked with remotely.

I trained with the same six people for almost two weeks and was thrown directly into the mix on day one. Abadjiev didn’t speak much English, so most of the coaching I received was done through gestures or very few English words. Anything else was translated through another lifter (who was also Bulgarian) that spoke English. So, on a scale of 1 to Bulgarian, this was pretty Eastern Bloc.

Both men and women had the same training program which looked like:

Morning session only with both snatch and CJ to maximum

We did not pull, we did not press, we did not even back squat. I was told that my body would soon adapt, so I continued for another week after I returned to Tampa. The only problem was that I was getting completely destroyed. Could my body have adapted to this type of stress in another month or two? I seriously doubt it. Too much about my body was changing for the worse – mood, body composition, sleep, etc. in such a short time. Granted, I’m in no way considered the cream of the crop in terms of genetics, but that’s the point. Applying a method like this to the general masses is a recipe for disaster.

“But it worked for the Bulgarians, why won’t it work for me?”

Context is everything. If your only resource is an Iron Mind DVD, it’s easy to think that all the Bulgarians have ever done is max out for their entire careers. Take a minute to think about where these lifters came from and how they made it as far as they did. They didn’t just instantly start with consistent technique under heavy loading. That took time to develop. Years. Decades, even.

The interesting thing about a country like Bulgaria is that they consider sport an integral part of the education process. So much, in fact, that they have entire educational disciplines devoted to sports such as Weightlifting. From a very young age, students are exposed to Weightlifting as part of their schooling and there are even higher education tracks to study Weightlifting as either a coach or a professional lifter. This gives over a decade of technical and physical preparation before they even have the opportunity to bid for the national team.

Even though they are left with the best genetic matches for this program (even with drugs introduced into the equation), so many other lifters just couldn’t cut it. Yes, unfortunately drugs have proven to be a big part in the history of this program. Even though 11 lifters were just popped within the last week, one can’t ignore the more recent drug scandals from the 2008 Olympics and the 2000 Olympics as well.

So why not the Bulgarian method?

While I loved my experience at the Eleiko Academy and was so appreciative to be able to train with such icons of the sport of weightlifting, this is not a type of program that is intended for the masses of average-joe-gym-goers — nor would I recommend implementing this style of training for general gym use.

The goal for new Weightlifters should always be technical development — not extreme loading for the sake of conversation. Remember, this program was developed as an extreme hail-mary pass with one purpose in mind: to beat the Russians.

When new weightlifters (or even entire gyms, in some instances) talk about being on a “Bulgarian” program, it worries me that the focus of technical development is misplaced. Since the Cold War is long ended and I don’t feel like we need to compete with Mother Russia any time soon, save this type of training for the actual Bulgarians.