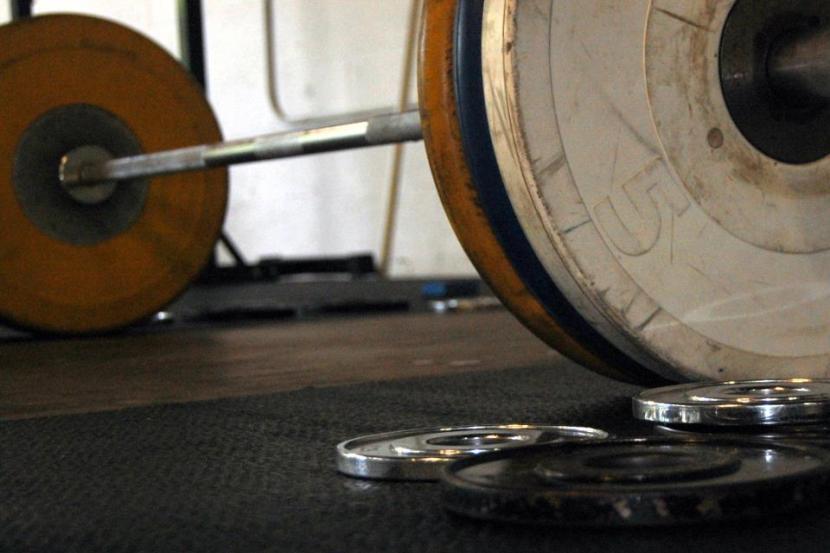 I realize that from the outside, it might just look like a bunch of people just slinging heavy weight around which can be intimidating for many. But weightlifting isn’t all about lifting heavy weights. Yes, lifting heavy weights is the ultimate goal of this sport, however, there is so much preparatory work and training that leads up to that.

I wanted to take the time to touch on a few points that are near and dear to my heart when it comes to weightlifting.

The Olympic lifts are a skill.
Learning the lifts properly can be a difficult task. Obviously, having a proper weightlifting coach helps tremendously if there happens to be one near you, but the lifts themselves are highly technical skills and should be treated as such. When we decide that we want to learn and excel at something new, we must dedicate time to whatever it is and prioritize it over anything else. The Olympic lifts are not exempt from this any more than other skills such as handstand walks, double unders, muscle ups, etc.

Since these lifts have so many moving parts, both coaches and lifters must take a lot of care to not rush development. Progressing too fast or going too heavy too soon or even too often can be detrimental to development. These lifts take time to learn…and I don’t mean an hour a week for a couple months. I mean years, and a lot of times, even decades to master. Some individuals will progress faster than others depending on natural ability, athleticism, and general fitness. But in any case, athletic or not, don’t expect results overnight. When learning or coaching the Olympic lifts, a long-term view must be taken when creating an individual’s progression. Giving someone a 10 minute crash course, loading up a barbell and saying, “You’ve got it, just pull hard!” is not training. That’s gambling.

In the beginning stages of learning the lifts (anywhere from 6 months to 2 years), the emphasis must be on proper movement. This is assuming that your body is able to achieve the positions necessary to perform the lifts in the first place. For example, if you physically cannot perform a full squat or put your arms over your head (or both at the same time), you have no business even touching a barbell. You’re simply not ready. You can’t expect to run when you can’t even see the ground.

Personal records should NOT be ugly.
I don’t know how many times I’ve heard someone say something to the effect of “I just hit a PR snatch, it wasn’t pretty, but I got it!”

Congratulations on your PR, but let’s take a look at the bigger issue at hand. Why wasn’t it “pretty”? Was it because there was a strength imbalance? Was it because mobility is lacking? Or was it because beginning stages of learning were rushed? I would much rather someone make 5 lifts at 90% of their personal best look exactly the same than stand up with a PR after putting a knee to the ground…or worse…if there is worse? Actually, both knees down would be worse, I suppose.

Just because it’s a heavy lift doesn’t mean mechanics should be expected to break down. Recently at USAW Nationals, an American snatch record was broken by Norik Vardanian. If you didn’t catch it, here’s the video of his three lifts: (http://youtu.be/C2i4VySZNDA) That’s three lifts north of 360 pounds and they all looked the same. Why? Because he has spent a lifetime training proper movements with proper progressions.

It’s never too early to “compete”.
I use “compete” in quotations because most people tend to get hung up on this word. When it comes down to it, you are there to make lifts, not necessarily to go for personal records. Lifting in a weightlifting meet is completely different than lifting in training. The first meet can be both exciting and frightening at the same time, but with each meet you do comes a little bit more experience in dealing with those anxious emotions. The only way to get better at controlling them is through practice, and the only way to practice is to lift in meets.

Go compete for the experience of it. Show up, do your best, and let that be good enough. If your best just happens to be better than someone else’s, then you’ll probably end up taking home some sweet hardware.

The longer you are in the sport, the smaller your gains will be over time.
For extreme beginners, your numbers will increase exponentially. This is not because you are getting stronger, it’s because you’re learning to apply your level of strength better in relation to the lifts. Sooner or later, this slows down. It’s no longer an issue of applying strength, but developing moreoverall and specific strength.

Getting stronger can be a slow and winding road which can drive many to frustration. Weightlifting is just as much a mental sport as it is physical. I usually say it’s 100% mental and 100% physical. (yes, half man, half bear and half pig…it makes sense.) I’m not going to lie and say this sport isn’t extremely frustrating at times, but it’s how you deal with that frustration that will make or break you as a lifter. Always remember why we started lifting in the first place: It’s fun as hell and we love it. Head down, train hard, and you’ll come out on the other side.

Learn from everyone you can.
Everyone — and not just people who you agree with. It doesn’t matter who it is, pick their brain. If you disagree, it will force you to think for yourself and develop a coaching/lifting style of your own that works for you and/or those around you. I have been fortunate enough to be able to travel and learn from some of the greats that this sport has to offer in the US. I will be the first to say that having one coach or learning from one person is not the end-all-be-all. If you have the opportunity to learn from someone in the weightlifting community, take it.