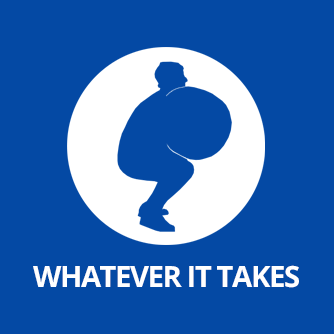 I’m going to disclaim this ahead of time, because I don’t see how I can’t talk about this topic without it sounding like some kind of rant or being too picky…or whatever. But, as I sit here cruising around the land of Instagram hashtags, I’m seeing a trend of people posting (and being proud of) lifts that could single-handedly keep orthopedic surgeons and physical therapists in business. So, chalk one up for capitalism, but for the love of God, please get your shit together before you hurt yourself.

I’m not just talking about a jerk that was pressed out or a snatch that almost came down…I’m talking about the lifts that make you wonder how the person walked away without a hernia. “It was ugly, but I got it!” doesn’t impress anyone. In fact, it does quite the opposite. Just because someone says, “This is ugly,” doesn’t excuse the fact that there is probably a fundamental flaw with the way they are approaching their training. As weightlifters, we train to meet certain technical standards in competition, but a sound lifting technique will also keep you safe from injury in the long run. Repeated patterns of horrendous feats of strength are a clear indicator that someone either doesn’t understand the process of weightlifting (one word, as in the sport of weightlifting) or has their priorities way out of whack…or both.

Prioritizing your development.
Weightlifting is a long-term process. It takes years to develop a high proficiency with the Olympic lifts — just like any other sport that takes years of training and years of practice to turn you into an actual player. This sentiment tends to get lost among all the 15 second video clips posted by the elite weightlifters of the world. Which, don’t get me wrong, these lifts are amazing and should be seen, but the problem occurs when people coming into the sport for the first time develop the first impression of constant and repeated heavy lifting — The “Well they lift heavy, so I should too!” syndrome. What they don’t see is the beginning stages of that elite weightlifter’s career — the early years when they had a broomstick in their hands or the years upon years of development throughout their biological timeline (training during pre-adolescence, puberty, etc) that all led up to the blip in time that you just witnessed on Instagram.

So, after all of that, what would be the proper stages to transform yourself into a weightlifter? Personally, this is how I tend to prioritize the order of events in which people progress through their own individual stages of learning the lifts:

1) Technique development — There are countless resources for someone to reasonably go about this by themselves, however, there is no replacement for hiring a qualified weightlifting coach to bring you through a safe and effective progression to learn the lifts. A coach can provide immediate feedback during the learning process that will hopefully circumvent any poor habits that would have been developed otherwise. Developing consistent technique also means making lifts consistently. The time spent in this stage is relative to the individual and is 100% a coach’s judgement call.

2) Speed development — So, you’ve put in the time to learn the lifts properly and you’ve been training day in and day out to develop a consistent movement. Now what? Speed it up. I don’t necessarily mean move the bar faster (though that might be a result), but learn to move fast. It’s time to learn how to accelerate the bar and move your body explosively. Getting the weight up is half the battle. You have to be able to move your body faster than gravity to get underneath a force of nature that will easily squash you unless you are there to stop it properly. Don’t worry, this stuff is totally safe.

3) Increasing the weight — Now that you move consistently and you move fast, it’s time to test your developing skills. Increasing the weight should not be a FOCUS, but rather a RESULT of Putting. In. The. Proper. Work. Sure, the overall goal in the sport of weightlifting is to increase the amount of weight you can lift, but as coaches, we can immediately identify the difference between a weightlifter who has prioritized becoming a skilled athlete over someone who lifts weights that has only prioritized the number on the bar. Unfortunately, the latter is a hard mindset to break. I know, I know…But what about max out Friday? Sure, lifting heavy weight is fun, but if you’re not putting in the time to learn how to do it properly, then let’s call that training masturbation — it feels good while you’re doing it, but in the end, you’re just screwing yourself.

The root cause of it all.
So, now after knowing the building blocks of weightlifting technique, take a look back on the steps you went through to get where you are with your lifting: Did you spend an extended amount of time (or ANY time, for that matter) learning the proper movements with a dowel, PVC pipe, or empty barbell? Did you jump right into ‘weightlifting’ after a five minute crash course, watching a youtube video, or staying at a Holiday Inn Express and begin by trying to find a one rep max? Does the bulk of your ‘weightlifting routine’ consist of trying to find a heavy [insert rep range here] of your [power/hip/hang/low hang/etc] snatch/clean? Do you follow a Bulgarian template?

To me, the only acceptable scenario above is spending extended time with a PVC/barbell — even our competitive lifters will do this regularly and there is absolutely no shame in working on weaknesses. All that other stuff places the number on the bar above all else which is detrimental to the developing weightlifter. If you can stomach taking the weight off the bar and legitimately practicing the movement, you’ll be on your way to successful lifts.

Going from “ugly” to “great”.
Breaking the habits that someone has accumulated over any period of time can prove to be a difficult process. Because of this, training is a double-edged sword: if someone trains properly from the get-go, well, that would be the ideal scenario — but on the other hand, if someone trains improperly, that method of movement is ingrained into their subconscious for-almost-ever. That old saying “Practice makes perfect,” is crap. Practice makes permanent; perfect practice makes perfect.

So here’s a plan of attack if you find yourself falling victim to repeated “ugly” lifts: 1) consider enlisting the help of a specialized coach and 2) back it down and start from scratch. Yes, this means scrapping the heavy weights and focusing on moving a barbell and/or extremely light weight for an extended period of time. It might not be the most popular or fun decision (and definitely wouldn’t make a great Instagram video), but that is what is necessary if you want to be successful. Even though weightlifting is a strength-based sport, it requires a specific application of strength to be able to get the most out of your potential. Weightlifters are snipers, not bird hunters. Everything we do, we do with purpose and precision.
oly, olympic, lifting, olylifting, weightlifting, snatch, clean, jerk, squats, competition, crossfit, tampa, tampa bay, 813, crossfit 813, team 813 weightlifting, training, fitness, gym, workout, usaw, usa weightlifting, keeppulling, saint petersburg, clearwater, palm harbor, brandon, westchase, oldsmar, orlando, spring hill, tarpon springs, dunedin, largo, plant city, zephyrhills, wesley chapel, land of lakes
Also, a big shout out to Ray, one of or national level lifters, for being a good sport about the “Whatever it takes” icon. Last January, he caught an ugly PR clean which then became the running joke in our gym for abandoning all technique and doing whatever it takes to make a lift! #WIT 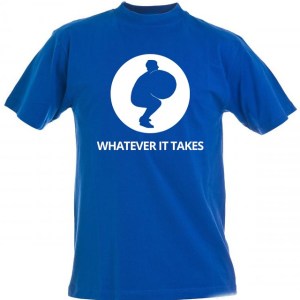