Keep Pulling was created in 2014 as a resource for Olympic weightlifting in the Tampa Bay area with the goal of introducing people to the Olympic lifts, teaching proper technique and promoting the sport of weightlifting. 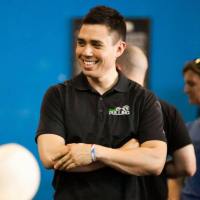 Patrick moved to Tampa in 2007 and joined a local CrossFit gym to lose weight and get back in shape. After a year and a half of doing CrossFit and losing over 40 pounds, he attended a weightlifting seminar with Glenn Pendlay and his 94kg national champion Jon North and was instantly hooked. After that seminar, Patrick has focused primarily on training the Olympic lifts and becoming a student of the sport. Since then, Patrick has created a stand-alone, full-time weightlifting program in Tampa, Florida and currently coaches a nationally competitive team of over 10 athletes.

Patrick has traveled to spend time training with and learning from some of the biggest names in the sport including Alex Krychev (Olympic silver medalist and former Bulgarian National Assistant Coach) and Ivan Abadjiev (former Bulgarian National Coach and creator of the “Bulgarian Training System”) at the Eleiko Weightlifting Academy, Glenn Pendlay (owner of MDUSA and former head coach of California Strength), and has vacationed to train at Catalyst Athletics. Patrick has also assisted U.S. International Coach Daniel Camargo during USA Weightlifting certification courses and Camargo Oly Concepts weightlifting seminars around the state of Florida. Patrick is always seeking out new information and learning from everyone that he can while passing that information on to other lifters and coaches.

Patrick is available for coaching and personal training at CrossFit 813 in South Tampa. Click here for details. 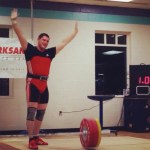 Following a torn ACL in 2008, Dan began lifting to continue/supplement rehab and physical therapy. Along the way, he met the current state record holder, Andrew Sweeney, and began training/competing for team Florida Advanced Fitness and Performance in 2010. Joe Seth (former coach for Rich Lansky) developed Dan into a coach in working with nationally ranked senior and youth lifters (one of whom won youth nationals in 2012).

Dan shows his strong passion for health/wellness every day through his personal training career at 24 hour fitness.