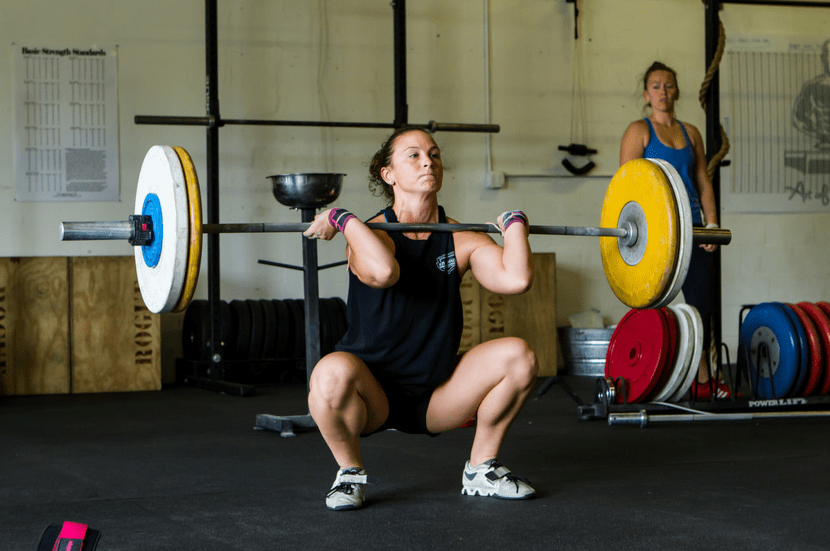 Olympic Weightlifting is a wildly popular international sport that seems to be steadily gaining popularity in the United States. But I’m sure as weightlifters, we all have that moment when someone asks what we do in the gym, and after telling them, we are met with either a blank or puzzled look. Either that, or they ask how much we deadlift and/or bench press or tell us how they could never get on stage in a speedo. Some may get annoyed at this inter-sport confusion, but I see it more as an opportunity to tell people about the sport and how it is different from powerlifting and bodybuilding.

There are plenty of resources out there now that are available to the public: websites, seminars, certifications, weightlifting-specific gyms, and even a modern-day weightlifting documentary. You can watch videos on YouTube or Instagram of people slinging weight around in their local gym, but somehow, there are still not many resources that spell it out for the layperson. What are the Olympic lifts? What is the point of them? How do you train for them? What is competition like? There are plenty of aspects of this sport that are left unanswered unless you’re already years deep in your training.

To the average person, the snatch and clean & jerk look intimidating and dangerous. One thing I will lead off with is that Olympic-style weightlifting is so much more than just slamming bars (which is actually against international rules and regulations) and slinging heavy weight around. It’s truly a beautiful sport that requires mountains of patience and discipline and pays off to be something that is extremely rewarding and satisfying.

So with that being said, this will be my attempt to explain this obscure sport and provide a clear understanding to the masses.

Overview
As I mentioned earlier, Olympic weightlifting is an international sport and is also referred to as “Olympic-style weightlifting” or simply just “Weightlifting”; the single word with a capital W. If you’ve watched the Summer Olympics before, you’ve probably noticed that this is the only barbell or weightlifting event — hence, the name.

In the sport of weightlifting, there are two judged lifts: the snatch and the clean & jerk. The objective for both lifts in competition is for the athlete to lift a maximal load for a single rep while adhering to technical standards. Athletes compete in age and bodyweight categories and have 6 total lift attempts in competition (3 for the snatch and 3 for the clean & jerk — that means 6 total whether you make them or miss them). The highest recorded lift for each is then added together for a combined total, or overall score for the event. Since it is, in fact, an international sport, everything is measured in kilograms. Most newcomers to the sport think this is pretty unusual since everything else in the good ol’ US of A is measured in pounds. But, since knowing is half the battle, the USA is one of only three countries in the world that have not adopted the metric system so, is it really that unusual?

The lifts themselves not only test the lifter’s absolute strength, but also tests explosive strength, mobility, flexibility, balance, accuracy, speed, technicality, and consistency. When executed properly, the Olympic lifts are both raw and explosive while also being fluid and graceful.

Snatch
The snatch is the first judged lift to be performed in competition. In this lift, the athlete must lift the loaded barbell from the ground to overhead in one fluid motion. This is arguably the most technically difficult lift ever performed. Here is a video example of a snatch from Catalyst Athletics:

Clean & Jerk
The clean & jerk is the second and final judged lift to be performed in competition. This is a two part lift in which the athlete must lift the loaded barbell from the ground to the shoulders, and then lift it from the shoulders to overhead. Here is another video example:

Competition:
Competition: this is what we all train for. Even though I don’t like using the word “competition” for those who are new to the sport (I’m a fan of calling them “weightlifting meets”), that’s exactly what they are. 98% of everyone I’ve ever coached or trained has wanted to wait until their numbers are “competitive” before they ever think about competing. But my answer to that is that it is never too early. I’m not saying that everyone should compete on their first day, but gaining experience in a meet setting is very valuable in the development of an athlete.

In competition, there are eight male bodyweight categories and seven female divisions:

Competitions are all-day affairs; sometimes even 2 day events depending on the number of entries. The flow of events can be an adjustment for those that are used to something like the fast-paced nature of a CrossFit event. In weightlifting meets, athletes lift one at a time on a single competition platform. Each platform (if there is more than one) has three judges that determine if the lift was good based on technical standards set by the International Weightlifting Federation. Meets are a great way to test your training and to develop your skills and confidence as a lifter, no matter where you place.