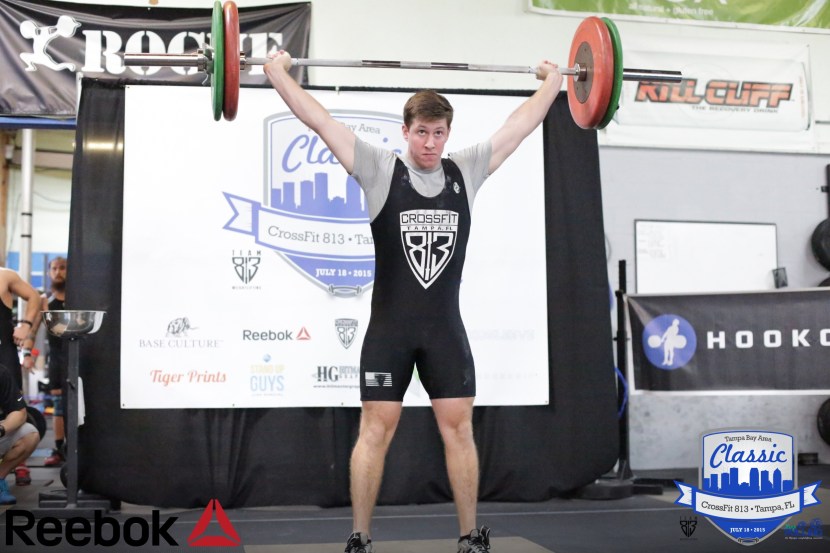 I was browsing the Facebooks recently and stumbled across a status posted by the one and only Matt Foreman. To give the cliff notes, it basically said that you’d better have a damn good reason for quitting our sport before you’ve maxed out your potential. Otherwise, you’ll never be as good the second time around as you were the first time, should you decide to make a comeback. For a multitude of reasons, this thought from Foreman gave me some inspiration to share my thoughts with you. There is certainly a lot that can be said about this, so I’ll try to be concise here. But, let’s first acknowledge how 110% true this is. Weightlifting is a sport with a small window of years to improve upon. Once that window closes, and the body begins to break down, your best numbers will forever be your best numbers, and you’ll spend the rest of your years trying to get as close as you can to them.

Its been often said that weightlifting is a sport of YEARS. Not days, weeks, or even months. Years. It takes years of consistent training to perfect the classic movements (snatch, clean, and jerk). Thousands of reps. Thousands of hours. They all add up. Leo Totten once told me that someone isn’t even close to proficient in the classic movements until they have been training for at least five years. FIVE YEARS! What does that mean? It means that if you quit lifting before that 5 year mark, congratulations you’ve just successfully quit before you’ve lifted the most weight you will ever lift. Now consider this: Most Senior World Champions and Olympic medalists have TEN YEARS or more invested into the sport. They usually have started at a very young age ( Lu being one of the few exceptions), and have ten years of lifting under their belts before they get the chance to compete for an Olympic medal.  So, if you don’t plan on spending an entire decade training and competing in weightlifting, don’t expect world class numbers. It just doesn’t work that way.

But Dan, I started lifting late in life and don’t have any desire to compete internationally. I just want to qualify and compete in national competitions every year.

Fair enough. That’s perfectly fine. But you owe it to yourself to keep lifting past that five year mark. That’s where your best performances at national competitions will happen. Once in this point of your lifting career (provided you’ve been coached and trained properly the entire time), your technique will be so engrained into your central nervous system that you will likely be able to efficiently snatch and clean & jerk for many more years to come, even if not in a competitive setting. Remember, muscle memory is in fact a real thing — and spending five years or more doing the same things, week in and week out, for the sake of perfecting them, will create long lasting movement patters.

So let’s say you do spend north of five years training and competing in our sport, and then you take a year or two off, and decide you want to make a comeback. What happens then? That my friends, is highly dependent on your age when you decide to hang up your lifting shoes. I started lifting when I was 23, and have just recently hit the five year mark. Let’s just say god forbid I have to quit lifting for two years, and decide to make a comeback when I’m 30 years old. There’s a very good chance I will not be able to replicate my best numbers the second time around. On the flip side, let’s say I had started lifting when I was 15, quit when I was 22, and picked back up at 23 or 24. It’s much more likely then that I comeback and surpass my old records. Get it?

Moral of the story, try not to walk away from the sport completely. You can still train and workout on a limited basis until time or life allows you to make a full on run at things again. It takes years to perfect both the movements and also adapt to the volume of training needed to be a national or even an international level weightlifter. Once the movements are perfected (I use the term perfected loosely, as perfecting them is a forever-long process), the nervous system remembers them for years to come. However, once deconditioned to the volume and intensity of training, it’s very difficult to regain that conditioning at an older age without the body suffering from it. My clients often times ask me how I can squat multiple times a week and still walk around on two feet. My reply is that I’ve been doing it for years and have adapted to it. If I were to quit, it would take years to readapt, and by that time my physical capacity to lift weight over my head would be well past its prime. So, even if you aren’t doing the classic lifts, keeping yourself strong, conditioned, and healthy will go a long way into making a smoother comeback into weightlifting if you should you decide to quit for whatever reason.

I recently saw another social media post that said something that directly correlates to our sport — It said “Stop trying to skip the fucking struggle.” In our sport, it’s impossible to skip the struggle; you might as well take a seat on the struggle bus and enjoy the ride. It definitely isn’t a sport cut out for everyone. Weightlifting can be boring, monotonous, painful, and frustrating all at the same time, but we all do it for the same reason. Those 6 attempts on the competition stage, be it local, national, or international are our chance to showcase the hours we have invested into the gym — the thousands of reps done — all of the heavy squats and pulls — and the YEARS that we’ve made weightlifting a priority in our lives.

I’ll leave you all with this: embrace and enjoy the struggle, don’t skip it. Stay the damn course, put your time in, make your sacrifices, and know that your biggest numbers and your best competition performances will come in due time, if they have not already.