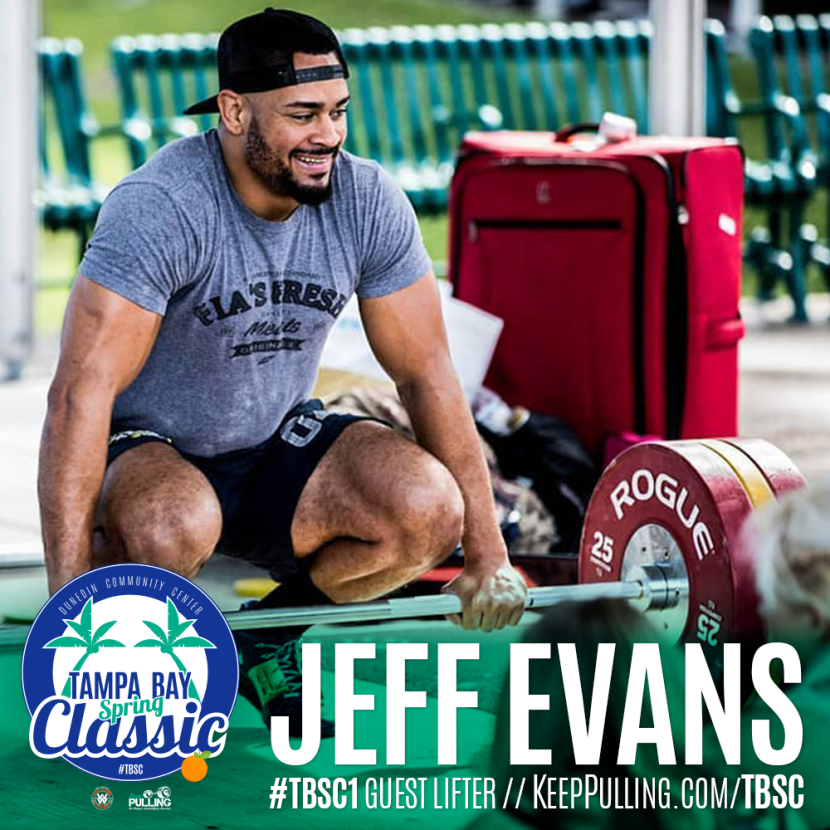 We are excited to announce Jeff Evans as a guest lifter at the #TBSC1!

Jeff is a former wide receiver from Southern Illinois University and qualified for his first CrossFit games appearance in 2014. Last year, he made the switch to focus as a competitive Weightlifter and in his first meet went 6 for 6 ending with a 140kg snatch and 186kg clean and jerk at the Tampa Bay Area Classic 4!

Some of his other accomplishments include: