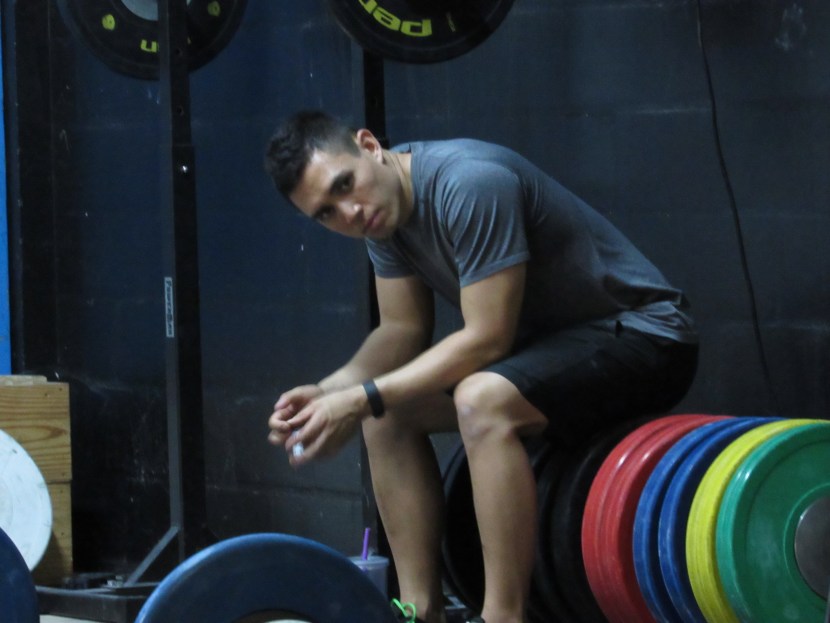 I’m often approached by athletes of all experience levels who “need to work on their technique,” but in the context of weightlifting, what does that even mean?

Nine times out of ten, this realization is brought about by stalled progress when trying to set a new 1RM or PR for either the snatch or clean and jerk. Something usually happens north of 85% where the movement starts to degrade and the lift falls apart or they’ve been stuck at the same PR for months. Maybe you jump forward or don’t go under the bar fast enough or maybe when the weight gets heavy, your body just doesn’t know what to do. These are errors that I would expect from a novice lifter, but for the weightlifter or Crossfitter who has been at it for a year or more, this is indicative of a much more difficult problem to fix, because usually by this time, the damage has already been done.

You’ve heard the phrase “Practice makes perfect,” but truly, practice makes permanent. Everything you’ve done up to the point of trying for that PR has been engrained into your subconscious so you must ask yourself: “What did I prioritize during my development as an athlete? Was it the number on the bar or was it movement & technique?” Depending on the answer to that question, you’re either moving along your path of developing sound and effective movement, or you’re going to need to start over and untrain the months and years of bad practice. The latter is a long and bumpy road — and often a hit to the ol’ ego — but if you enlist the proper help and stay the course, you can reprogram your body eventually.

As far as strength versus technique, I can tell you this: as weightlifters, we are constantly working on both at all times. Weightlifting not only requires a specific type of strength, but also a very specific application of that specific strength. For this reason, true weightlifters are and must be technicians.

Technician (noun): a person skilled in the technique of an art, craft, or skill; a master skillsman.

Becoming a technician doesn’t happen overnight. It literally takes years and thousands of hours and repetitions to become a master at anything — weightlifting is no different.

Early Development (1-2 Years)
From the very beginning, the emphasis of development should be placed solely on teaching the movement and technique. I know…this sounds like a no brainer. With youth athletes, it’s easy to imagine because they are young, small, and probably not very strong or athletic yet, depending on their age and background.

Now, envision a situation where you’re dealing with a 20-something year old who can squat this much and push press this much. The technical focus can sometimes get lost because of their pre-existing strength base. “But, they can handle more weight!” While they might be able to physically put more weight over their head, that doesn’t mean they’re doing it correctly or in a fashion that fosters long-term progress.

We recently had a young man in his early 20’s join our weightlifting program who is originally from Cuba. He had lifted before when he was younger because when he attended grade school, their physical education was weightlifting. He lifted from the age of 10 to 17 in the Cuban national system and I often chat with him about his experience. He breaks it down like this:

Now, 5 years later, he came back to weightlifting and moves the same as he did before taking a break. Why? Because he put in the time and repetitions to train the proper movement from the very beginning. I’m not saying everyone needs to start with a broomstick, but it is the coach’s job to feel and progress new athletes appropriately with the goal of technique development in mind.

Later Development (2+ Years)
As athletes begin to develop their own style of lifting, they reach a point where their lifts and training sessions become relatively autonomous. They’ve practiced and learned the motions, and now the goal is to test them under duress and appropriate loading. Ultimately, the goal for weightlifters is to increase the numbers in the snatch, clean & jerk, and total, but we have to be careful to make strength and speed development the focus without sacrificing that hard-earned technique.

In a training program, the loading and rep schemes will (and should) change depending on the week and position in the training cycle, but I wouldn’t recommend a recreationally competitive weightlifting athlete (or higher) to train at anything less than 80% of their one rep max unless there is a glaring problem. This doesn’t mean MAX OUT ALL THE TIME, it means find someone who knows what they’re doing that can progress you appropriately with the lifts and build your strength through other means such as squatting and accessory lifts.

Training programs are highly individual to their writers and everyone has their own style — but any educated program is better than no program…and if your “program” includes maxing out frequently or working to a heavy single of XYZ every time you touch a barbell, you’re probably hurting yourself in the long run.

Take Your Training Seriously
What sets training apart from exercising is that you have a distinct purpose in mind and each of your repetitions must count for something.

A typical training day for our team would include a lift, a pull/RDL of some kind, an accessory lift or lifts, and possibly a squat variation depending on the day. But if we’re trying to train at a minimum of 80%, how do we get our technique practice in? Here is an example of practice through repetition accumulation:

“Day 1”
Snatch: 80% for 5 sets of 3 reps.
If you look at this and think going from an empty bar directly to 80% is an appropriate progression, you need a coach or someone smarter than you to train with. Otherwise, you should be doing something like this:

So, here you see that before we even get to our working sets, we have performed 35 repetitions of “practice” before we even reach our working sets at 80%. Working sets are no place to try to work on speed or technique — working sets are meant to put our movements to the test. Once we’re done with working sets, that is a total of 50 repetitions in the snatch on a single day…then we go to pulls, squats, and accessory lifts. If you thought all we did was take a couple heavy singles and sit around for 10 minutes in between, try again. That’s not weightlifting — that’s just a strong combination of impatience and laziness.

While making our working sets and strength work are very important to our training, we must also get through our lighter practice sets with the same effort and conviction as we put into the heavier sets. If nothing else, it primes the body to move how we want it to move: fast and aggressively. As I said in the previous section, the lifts themselves are not our primary strength building exercise; they are the golf swing that we are training. The way that I prioritize the order of events when increasing the overall numbers in the snatch and clean & jerk is:

We are essentially training a golf swing — the only difference is that instead of hitting a ball straight and far, we’re basically launching weight up into the air in a controlled fashion. But how do you build up a strong golf swing? Practice the motion on its own, and increase your overall strength using exercises that increase your rotational force and ground-based power application so that you can swing harder and hit the ball farther. Have you ever seen anyone attach a 40lb dumbbell to the end of a Big Bertha driver? Absolutely not. Why? Because 1) you wouldn’t be able to swing the club properly and 2) you probably wouldn’t even come close to hitting the ball.

I mean, the thought of attaching excessive weight to a golf club to train a swing is ridiculous, right? Now, change the words “golf club” to “barbell” and you have the premise behind weightlifting technique development. #metaphor

Be A Technician
Becoming a technician is a mindset; some might even call it a lifestyle. It’s a conscious choice to put your time, sweat, blood, and most likely tears into becoming the best version of yourself that you can possibly become. With every repetition comes experience and what kind of experience that is largely depends on you and your coach (if you have one). The only way to progress at any kind of skill is to put in your time and never be satisfied — this sport will reward your patience and dedication and soon you will look back on all the distance you have covered, but it has to start somewhere.

So, how many repetitions does it take to get to the center of a tootsie pop? All of them.