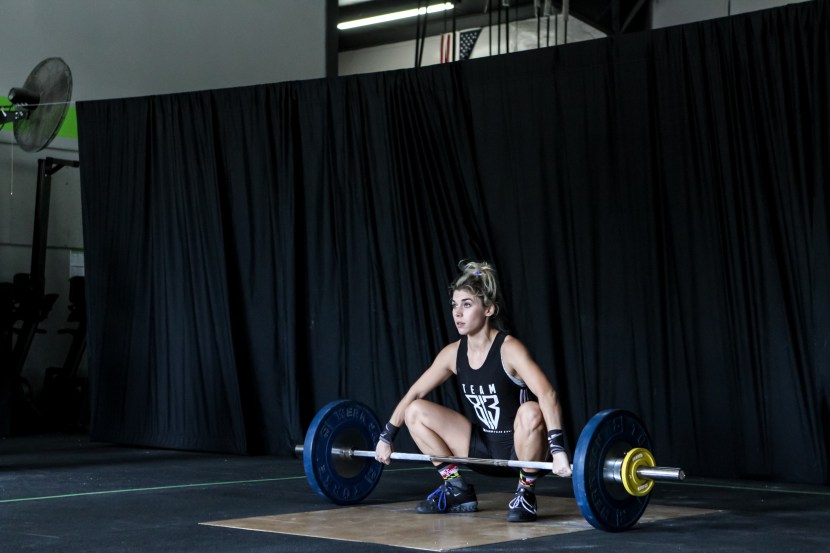 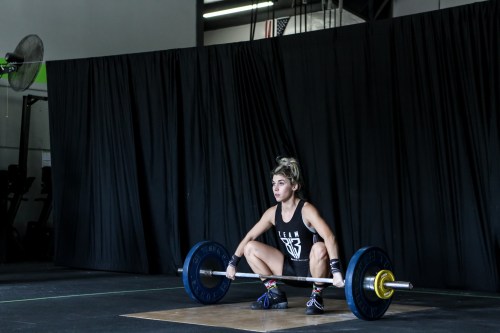 If you’re not a weightlifter, you probably disagree with the title of this article. To the naked eye and to those that do not partake in weightlifting full-time, weightlifting is seemingly effortless. The weights on the bar are in colors and strange metrics (kilograms), and watching a proper snatch or clean and jerk can give the illusion of minimal effort. Trust me, we all WISH that were the case, but it just isn’t. Making these lifts look effortless is a by-product of hours upon hours spent doing thousands of repetitions in an effort to perfect movement patterns, for the sole purpose of lifting more and more weight overhead in a competition setting.

Most of the people that begin to dabble in weightlifting simply do not last. They’ll compete a few times, train on and off for a year or two (or a few months in some cases), and then bow out and pick up something else. I have seen it time and time again. Sometimes there is a very talented youth or junior lifter that competes into their early 20s and then goes off to school or loses interest at some point in college. It’s obviously easier to justify gaining an education over years spent beating on your body in hopes of MAYBE one day competing on an international team or being an Olympian.

If you look back at the start lists to national level competitions over the last two Olympic quads, you’ll see quite a few of the same names. Again, quite a few new names will come and go, especially after this last American Open hosted almost 1000 athletes. But, in reality the same names have been on the national start lists for quite a while. Travis Cooper, Phil Sabatini, Mike Tirrito, Colin Burns, Jared Fleming, Ian Wilson, Darren and Darrel Barnes, Derrick Johnson, Adam Beytin, Kendrick Farris, Chad and Jodi Vaughn, Caleb and Kelly Williams, among many others that have been gracing the start lists of national events since as long as I’ve been involved in the sport. I’m sure there are a lot that I’m forgetting off-hand, but these are all athletes that have made the commitment year in and year out to lifting weights competitively under the USAW banner.

So, Dan. What do you mean by, “This isn’t for everyone and most wouldn’t make it?” Well, I’m glad you asked.

I say this for many reasons. Some that I may catch some shit for, and some most people have probably never even considered. I know a lot of people that lift weights. But, you’ve got to earn your title as a “weightlifter.” Doing one or two competitions and training on and off for a couple of years, doesn’t make you a weightlifter.

There, I said it.

There is a lot of respect that goes into this sport, and it takes more than just a couple of competitions and inconsistent training to truly gain that respect. So let’s delve further into why the sport just isn’t for everyone, and why most people won’t make it.

The best comparison I can make for a weightlifter is a mix between a professional golfer and a gymnast. Professional golfers take hundreds of golf strokes each week (if not thousands) — much like weightlifters do hundreds of reps weekly. It’s monotonous, boring, and often times agitating and downright maddening. If you have a short temper or short attention span, this type of training isn’t for you.

On the flip side, gymnasts have to be able to perform under considerable pressure. They’re competing in front of nothing but judges and a crowd, while performing very complex movements — just like weightlifters. We practice for hours in front of teammates and coaches, but in competition its nothing but you standing on a platform with a barbell in front of three judges and whatever crowd may be present. Gymnasts also wear skimpy clothing, like weightlifters in singlets. Sprinkle on top of this that weightlifters need to have a level of total body strength well above the average bear, and you have a unique blend of traits that people either have or don’t have.

So, if you don’t perform well under pressure, or if you are insecure with the way you look in a skintight unitard, weightlifting just isn’t for you. The best in the sport have ice water in their veins and aren’t scared of the weight on the bar, the three sets of eyes watching their lift, or being seen parading around in spandex.

It takes a giant set of brass balls to walk up to a barbell loaded with weight that you’ve never lifted before — let alone trust your technique enough to try and put that bar over your head and win the fight against gravity. Factor in that this often times happens in competition, where you only get one shot to do it right, and you’ve really got a true “fight or flight” response to manage. If you are a complete basket case and can easily talk yourself out of doing something you think is irrational, then this sport isn’t for you.

It also takes some guts to commit oneself to the type of physical abuse that the sport places on the body regularly. Handling weights for hours week in and week out in our world is far different from the average gym rat. We squat daily, often heavy at the END of our workouts; our hands are permanently calloused; our joints ache every morning…yet somehow, we find the nerve to drag ourselves back to the gym and do it all over again. Most of us also have full-time jobs as well — often sacrificing sleep to get into the gym once (or sometimes twice) a day and train the way we do. Our social lives are often put on hold for Saturday morning workouts, weekend competitions, and just general well-being.

So if you would rather drink with the guys or gals until late on a Friday night instead of staying in and resting up for the sake of your workouts, then you don’t have the guts to be a weightlifter.*

*Let me disclaim this statement by saying that going out for the occasional drink is not frowned upon. We need to relax with training sometimes too…but if you’re habitually living out your college frat party days a few times a week, you don’t have the guts to be a weightlifter.

There really is no glory in being a weightlifter. There’s no money in it, and you certainly can’t feed your family doing it. Most of us pay our own way to national competitions, buy our own supplements and groceries, supply our own weightlifting shoes, straps, knee sleeves, belts, singlets, and our massive supply of gym clothes – not to mention pay our own way to regular chiropractic or massage visits.

…and all that for what? The chance at a national medal? Making the A session at a national meet? Representing Team USA at an international competition, or at the very best case, the Olympics? Maybe. We all have our own personal goals within the sport and reasons for training the way that we do. Some of us just want to be able to lift year in and year out while others have much larger goals in mind. Regardless, nobody in America is doing it for the money or the recognition.

So, if you’re looking for some sort of tangible compensation, then guess what? This isn’t for you. You should have played ball or been better looking. There’s more money and fame in either of those than weightlifting will ever see.

You’re either hooked on weightlifting at first lift, or you aren’t. It’s a hard phenomenon to explain, so I’ll do my best here: I knew the first time I did my first successful snatch, that I wanted to be the best I absolutely could at this. I knew that I wanted to invest my time, my energy, and my PASSION into the sport from day one. Perhaps it’s because I have a lifelong background as an athlete that helped me make the decision to commit, and others that do not have the same background cannot seem to comprehend this.

Regardless, if there is any feasible doubt in your mind about whether or not you want to dive in fully committed, then perhaps weightlifting isn’t for you. The sport itself takes years to master. I wrote a previous article about this and if you simply can’t wrap your mind around perfecting the same two movements over the course of many years, then you cannot expect yourself to excel in the sport. Period.

So there it is, plain and simple. Weightlifting isn’t a glorified sport that brings in the big bucks like football, baseball, or basketball does in America. In fact, most people don’t even know the sport exists, and those that do can recognize that it isn’t a sport for the faint of heart. Weightlifters are passionate individuals, with brass balls, large amounts of self-discipline, self-confidence, and an indescribable desire to do what we do on a regular basis for many years. If you’re lacking in any of these traits, the sport simply will not suit you.

The physical demands of the sport are unique in its own right but TRULY training to be a weightlifter has serious mental demands as well. You can either deal with it, and suck it up, or you can’t. Either way, not a single weightlifter is going to hold it against anyone that doesn’t want to lift anymore. We all have our days where we want to toss our lifting shoes in the trash and take up something else but the bottom line is that you have to earn your stripes to earn the title as a weightlifter. If you aren’t willing to put in the time and effort to do so, then the sport isn’t for you and you’re not going to last.

I could turn this into quite the novel, but I’ll leave the rest of my thoughts here for Part 2. That said, happy training everyone, and best of luck to those competing at Nationals and the upcoming Olympic Trials. I’m looking forward to seeing everyone there!