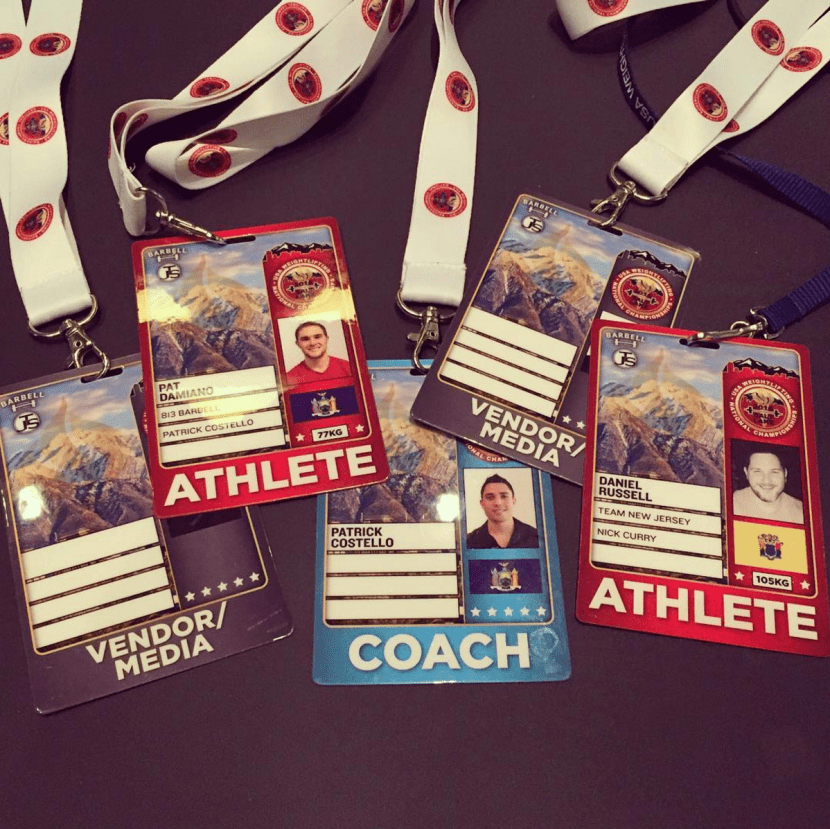 Last week, a few of us traveled out to Salt Lake City, Utah for USA Weightlifting’s 2016 National Championships. Team 813 Weightlifting had one athlete qualify as a 77kg lifter — our very own Pat Damiano (aka Patty Light). The week was jam packed with awesome lifting, American records, and more…but here’s a quick recap of how it went down. 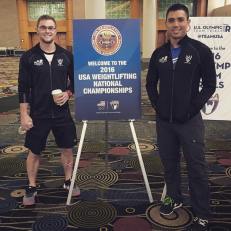 Last year, we also took Patty Light to Nationals in Dallas, but it was somewhat of a different story. He had only been training (specifically as a weightlifter) at this point for about 6 months. We were at a local meet here in Florida that happened to be a last chance qualifier for Nationals. Pat was doing this meet for practice since he had already qualified for University Nationals and the American Open earlier in 2015, so we really had no firm intentions to qualify for Senior Nationals, but after hitting a PR snatch of 110kg (at the time), it put him in position to hit the 250kg total that he needed to qualify. So, we opened heavy on the clean and jerks to see what happened, and on his third attempt, he managed to grind out a 140kg clean and jerk (also a PR, at the time) to hit the qualifier on the dot. That 250 total was an 18kg PR at the time.

His total of 250kg put him in the D session among almost 50 competitors in 2015. Since Nationals was only 4 weeks after this last chance qualifier, we didn’t have much time to make improvements so it was right back to training. Last year, Pat went 2 for 6 opening with his PR snatch and 2kg under his PR clean and jerk at the time and finished 31st overall by just hitting his openers and duplicating the total that got him there.

Fast forward to 2016
Pat’s 14kg PR total of 269kg at our Tampa Bay Area Classic 2 was enough to qualify him for B session at Nationals (which was equal to the minimum qualifying total to participate). Last year, there were almost 50 competitors in the 77kg class, but this year since the totals were raised almost 20kg, the field was literally cut in half.

We arrived on Wednesday afternoon in Salt Lake City and after checking in to the hotel, we headed over to Praxis Weightlifting to get some pre-competition training in. A big thank you to Debbie and Matt from Praxis for allowing us to train last minute! Their facility is awesome.

The Venue
The National Championships and Olympic Trials was held at the Salt Palace Convention Center. This place was massive. Luckily, it was right across the street from the hotel accommodations that USA Weightlifting lined up, so it was no more than a 5 minute walk.

The training hall: This was set up right off the main entrance of the venue and was probably 5,000 square feet of awesomeness. The training hall was accessible from 7am to 9pm every day and is meant for athletes to train if they arrive a few days early. There were 8 training platforms, squat racks, and full Werksan sets for every station. Andy and I managed to sneak a quick session in when it was late at night and empty because we love the feel/sound of Werksan equipment.

The Warm Up Room: There were 18 platforms in the warm up room…basically 6 per competition platform. They were all Eleiko platforms that were used during the world championships in Houston along with their matching sets of Eleiko plates. There were 6 lines of 3 platforms, but they were all angled at about 45* so that no one was looking directly into the line of sight of the person in front of them. It was a cool set up — which from what I hear, was exactly like the set up at 2016 Junior Nationals.

The main competition area: Just like last year, there were three platforms: Red, White, and Blue. Between the training hall, warm up area, competition platforms and the stadium-style seating, the arena was easily 50,000 square feet. Everything ran very smoothly and every session was right on time. There were really no glitches with the scoring system either, aside from a brief power failure on the Blue platform on day 2.

Game Day
The 77kg B session was scheduled for 8pm local time on Friday evening. Yes, start lifting at 8pm. Luckily, the hotel was across the street, so sleeping beauty could slumber all day until it was time to lift. We had Pat’s openers at numbers that some might consider aggressive — opening snatch was 94% and opening clean and jerk was 97% of 1RM. Warm up was going extremely well and we were close to a PR snatch on his third attempt. They went 115kg/120kg/125kg (miss).

Clean and jerk warmups were a bit different though — because of a bunch of shuffling in the order, we were slightly rushed. To conserve time and energy, the last full clean and jerk he took in the back was 125kg. He cleaned 132kg, clean pulled 137kg and took his opener of 142kg out front in the span of about 4 minutes.

I made a post about this about a week or so ago — you can always go in with a plan, but it will most likely change depending on the flow of the competition. This is a factor that you will never be able to predict until you are down in the middle of it all. Luckily, Dan and I were on top of the order and Pat and I had practiced this method of warming up before, so it was nothing new to anyone.

Pat ended up finishing 3rd in the B session and when results from the A session were released the following day, he placed 9th. There were still two 77kg lifters that were scheduled to compete in the Olympic Trials session on Sunday, and after they competed, Pat had a final finish of 11th place up from his 31st place finish from last year!!!!

The Dan Show
We can’t forget about our lovely Dan Russell that also competed this weekend! Dan lifts for Team New Jersey out of Fairleigh Dickensen University under coach Nick Curry. He qualified for his first nationals with a 302kg total that landed him in the A session! He was also looking super good in training and his warm ups were super crisp. He ended the day going 2 for 6 at a 132kg snatch and 165kg clean and jerk for a 297kg total.

Smile For the Camera
We also had a really cool opportunity this weekend to shoot photos for Lifting Life. Andy, one of our lifters here at 813 is an amazing photographer and frequently shoots for this company, so this time around, I hopped on a camera and helped him out. He mainly shot the competition platforms from the front, and I shot mostly in the training hall and warm up rooms to show some of the stuff that no one sees behind the scenes…which this was super interesting for me to see the different styles of warming up along with the progressions and moves that the other coaches would make.

If you were anywhere around the venue this weekend or competing, you probably saw one or both of us just shooting away. We wanted to make sure that everyone in attendance had kick ass photos of themselves both training and competing. If you’re interested in checking out some of the 52 THOUSAND photos that we took (some for free and some for sale), check out all the albums at https://lifting.life/competitions/22