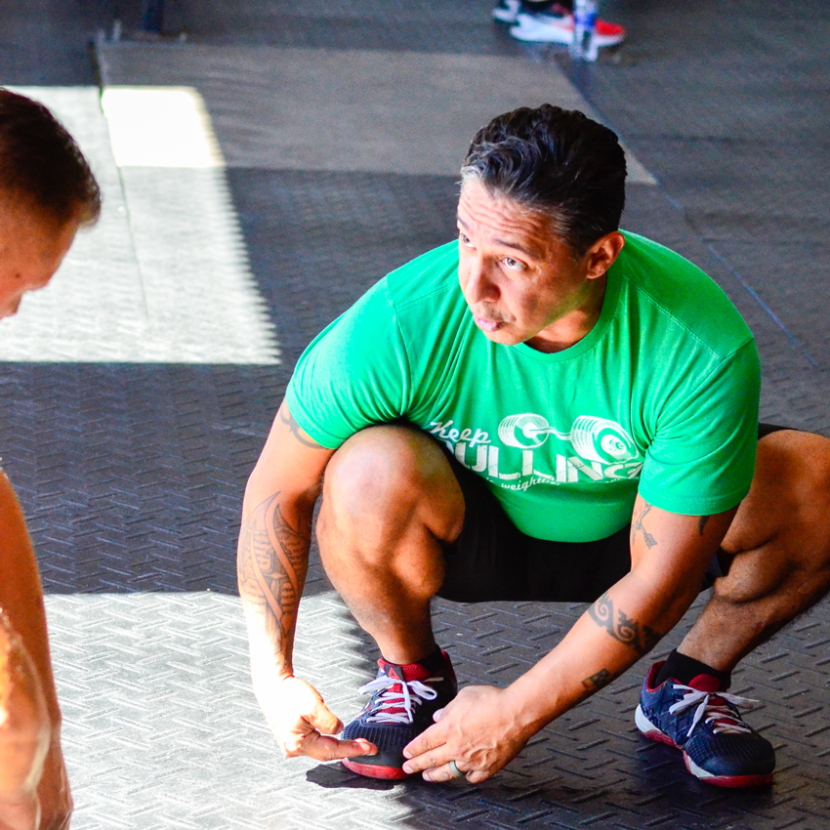 Delio started as a CrossFit coach when he moved to the Tampa area in 2015. After a year of doing CrossFit, he was invited to compete in Olympic Weightlifting at the Sunshine State Games and was immediately hooked. His focus became Olympic weightlifting from that point forward. Since then, he has attended seminars hosted by Daniel Camargo and the 2012, 105 kg Olympic Gold Medalist, Oleksiy (Aleksey) Torokhtiy.

Delio has been a service member for the last 25 years. He has spent more than half of that time in the toughest jobs that the military has to offer. He spends his free time with his family, studying, and training on Olympic lifts to improve himself and his coaching techniques.