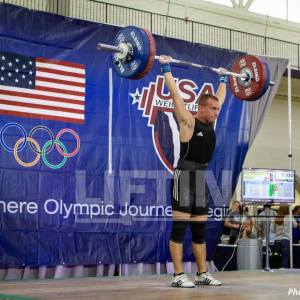 After starting CrossFit in the summer of 2012 to lose weight, Robert discovered Olympic Weightlifting through his gym and was immediately hooked on the sport. While coaching CrossFit classes at a local gym in Tampa, FL, Robert was asked to coach the Olympic Weightlifting program and didn’t look back. He has devoted much of his time to the sport and the betterment of his athletes, as he is currently the weightlifting coach at CrossFit Baldwin Park and has coached all levels of athletes from the extreme novice to national level competitors.

Additionally, Robert is part of Team Oly Concepts (coached by Olympic Weightlifting veteran, Daniel Camargo) headquartered in Altamonte Springs, Florida. During his time as an athlete for Team O.C., Robert has competed at the 2014 Youth National Championships, won the title of 2014 77kg Florida State Champion, earned 2014 Florida Elite status, competed at the 2015 University National Championships, and will be competing at the 2016 Junior National Championships. He has also been the event coach for numerous Team O.C. athletes in both local and national level competitions. Robert is constantly pursuing methods to better himself as both coach and athlete with the goal of passing along information and experience to those he works with in the sport.

Robert is currently a student at the University of Central Florida where he is studying Pre-Law and Business Economics with a minor in Political Science.